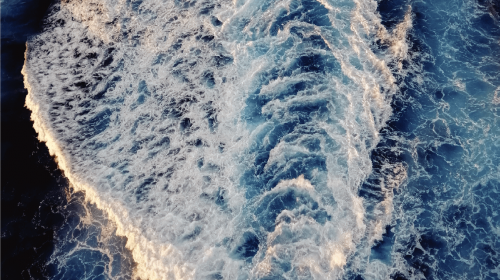 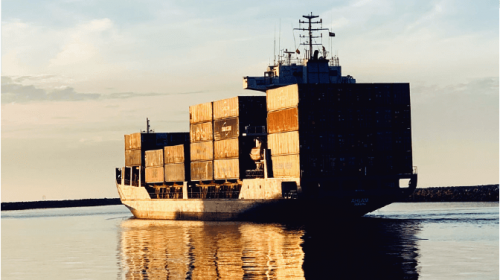 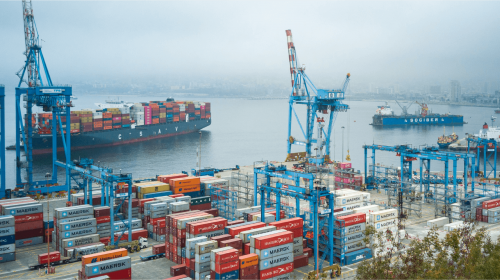 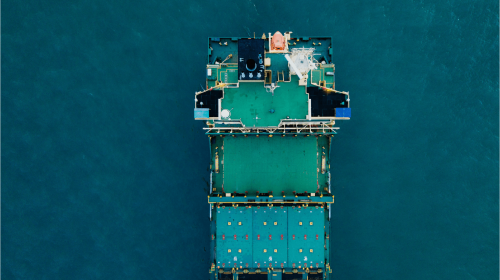 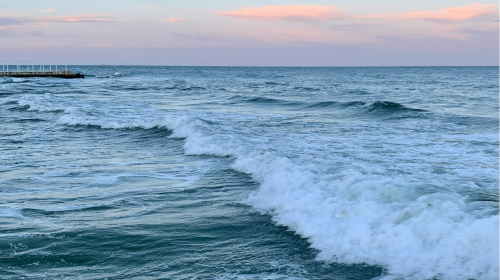 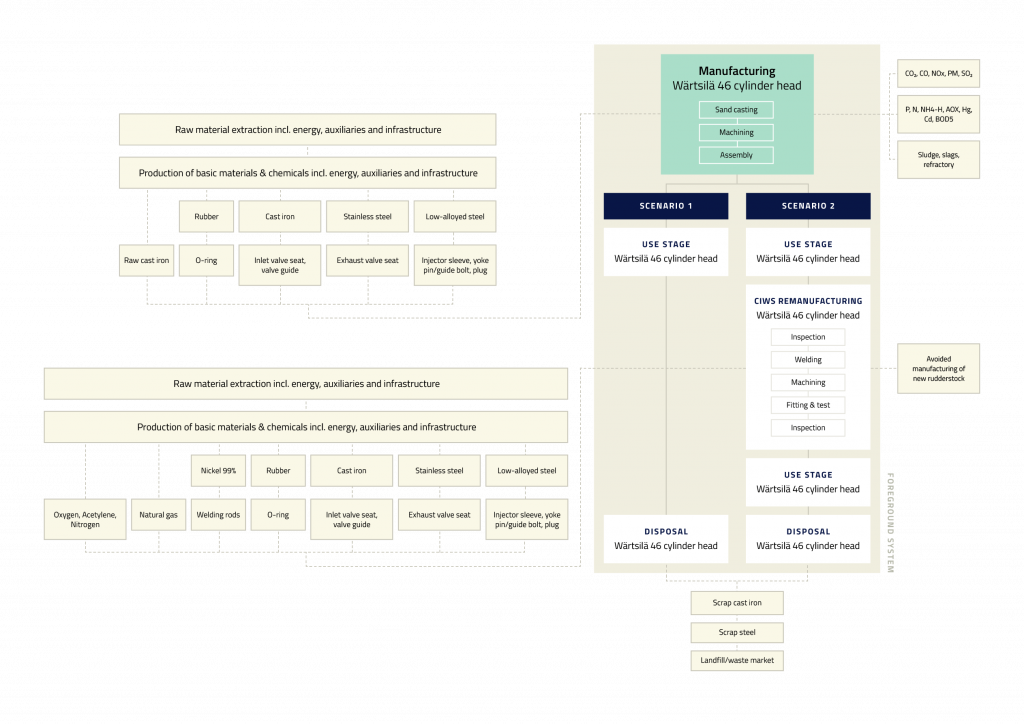 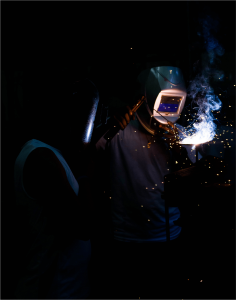 The cylinder head is made from cast iron and includes subcomponents; two input valve seats, two exhaust valve seats, two O-rings for the exhaust valve seat, an injector sleeve, four valve guides, two yoke pins/guide bolts, and two plugs. The subcomponents are described in appendix 2. The manufacturing process is theoretically assumed to follow a sand casting production methodology adapted from Mitterpach et al. 2017 including a final machining of the cylinder head adapted from Liu et al. 2016. The sand casting methodology is chosen in accordance with Hoag & Dondlinger, 2015 suggesting that sand casting is the most used casting process for both aluminium and cast iron engine blocks and heads. The iron is assumed casted using a cupola furnace since cupola melting is recognised as the most economical melting process hence most cast iron is melted using this methodology (Britannica Metallurgy, 2020, Mitterpach et al. 2017).

Creating the life cycle inventory in the life cycle modelling software SimaPro, the ecoinvent data entry for cast iron is chosen including all foreground and background processes for the cast iron material and the iron supply chain. To produce the cast iron, an approximation for corresponding life cycle inventory datasets of all energy and auxiliary processes is chosen. In accordance with ecoinvent, the activity “metal working, average for metal product manufacturing” is a service activity and it therefore entails the indirect energy and infrastructure that is necessary for “metal working” of 1kg of cast iron correlating to the reference flow from the scope definition. According to Liu et al. 2016, the preparation processes of sand cores may be excluded from a life cycle assessment due to its reusability properties hence excluding it from this assessment. 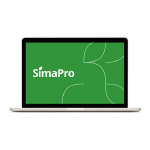 In relation to life cycle thinking and the quantification of direct and indirect emissions, infrastructure related to the cast iron production and its supply chain must be considered when estimating the total life cycle environmental impact contribution from the cylinder head. To account for all infrastructure related to the production of cast iron, a factory fraction approximation is chosen for a “metal working factory”. World average data for mining and beneficiation of iron ore, sinter and pellet production, and the metallurgical processes are inventoried in such datasets for cast iron. Blast furnace processes are inventoried for primary iron production hence acting as an approximation for the cupola furnace. The comprehensive data obtained through ecoinvent is based on sources from industry, literature, and physical dependencies. For estimating the total primary energy use in the manufacturing literature findings are used to create an energy average. The total energy use to produce a cast iron cylinder head was measured by Mitterpach et al. 2017 and Liu et al. 2016 to be 0.54 kWh per kg cylinder head and 1.20 kWh per kg cylinder head respectively hence choosing the average energy consumption of 0.87 kWh per kg cylinder head. According to Cast Iron Welding Services, the cylinder head may be manufactured by an Italian furnace before transporting it to Germany hence using the Italian electricity grid mix for medium voltage electricity for heavy machinery and furnaces and transportation scenarios from Italy to Germany. After casting the iron for the cylinder head, the head is machined to reach its final state. The machining of the finished cylinder head is estimated by Liu et al. 2016 to consume approximately 2.02 kWh per kg cast iron machined, measured for the specific machinery used in the study. All direct emission pathways, waste pathways, and resource consumption for the manufacturing stage is provided in appendix 2.

The Cast Iron Welding Services remanufacturing is geographically located in Great Britain at the Cast Iron Welding Services site in Coalville LE67 3FP. The remanufacturing process consists of ten process steps: inspection, welding, machining, preliminary pressure test, valve guide and seat fittings, NDT – dye penetrant inspection, pressure testing, final inspection, packing, and logistic delivery back to customer. The initial inspection uses water, but since no water approximation was provided, the water is assumed recycled in the testing phase as seen for many water test procedures in the maritime industry. As a test, a water usage level was initial tested in the model inventory but proved insignificant impact contributions hence not included in the inventory following the ISO / ILCD methodology. 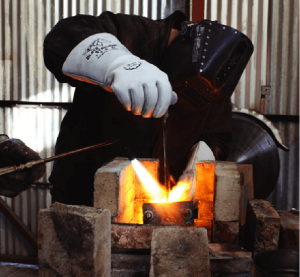 For the machining of the cylinder head, a vertical borer, a horizontal borer, and a lathe is used with a primary inventory of electricity use and machinery approximation. For the electricity use, the medium voltage inventory datasets for large machinery with GB specific electricity grid mix is chosen. For the preliminary pressure test, valve guides & seat fitting, and NDT – dye penetrant inspection, pressure testing, and final inspection, the inventory for the installation of new subcomponents including input valve seat, exhaust valve seat, O-ring for exhaust valve seat, injector sleeve, valve guide, yoke pin / guide bolt, plug, and the nitrogen used for the valve guides and seat fittings is modelled together with the total energy use for the remanufacturing process of 445 kWh.

The packaging is assumed to be used several times hence not included in the inventory following the modelling practise correlating to the manufacturing inventory as presented by Liu et al, 2016. The indirect infrastructural accounting is made through a metal working factory fraction approximation, roughly assumed to correlate to the Cast Iron Welding Services facility since no inventory datasets specific for cast iron exist. The transportation scenarios are assumed according to provided data, with lorry transportation To and from Cast Iron Welding Services to Southampton and sea freight transportation from Southampton to the Philippines assuming transport through the Suez channel and the Malacca strait. 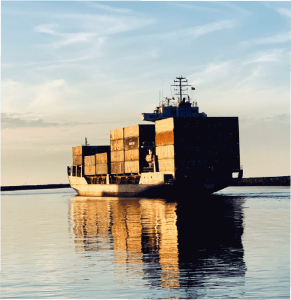 The cylinder head disposal scenario is designed using theoretical disposal datasets and pathways following the Cast Iron Welding Services disposal pathway sending the cylinder head to an undefined scrap merchant in India, for its end-of-life. The cylinder head is assumed transported by sea freight through standard shipping routes with an approximated distance of 10,000 km. This is a theoretically estimated value with no effect on the total modelling outcome in the comparative impact assessment since the disposal stage is assumed equal in both scenarios. An approximation for lorry transportation is assumed for roughly 200 km assuming correlating emissions standard as the Euro 6 emissions as stated by several emission regulation websites from India.

For the scrap merchant, a waste preparation facility fraction is assumed calling a fraction of the infrastructure, energy and auxiliary related to scrap facility activities. Since no datasets exist for maritime scrap merchants, this approximation is chosen as the closest to a scrap merchant. The cylinder head itself is modelled as scrap cast iron and steel waste from subcomponents as main waste flows, since the weight distribution for other components is too small to be significant. The waste iron and scrap steel are also modelled as outputs to the technosphere via the scrap merchant hence the material flow of the scrap metals is accounted for in relation to enter the technosphere as another material e.g. scrap.

Where RC(%) is the relative change in percent and the IS is the impact score for the impact category in its respective unit. The parameters listed below are thought to be potentially sensitive and may influence the life cycle outcome of the system: 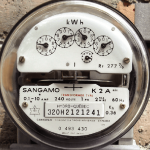